The BW Technologies GA24XT-M GasAlertClip 2-year carbon monoxide (CO) detector is a handheld, single-gas detector that uses an electrochemical cell sensor to monitor carbon monoxide (CO) levels consistently for up to two years without requiring calibration, recharging, or battery replacement, and that has audio, visual, and vibration alarms, which alert simultaneously when carbon monoxide reaches the preset low and high alarm levels. The detector has an alphanumeric LCD screen that can be adjusted by the user to show the gas type monitored, the two alarm set-points, the alarm level (low or high), the maximum gas level recorded within the previous 24-hour period, the time elapsed since reaching that maximum level, and the detector life remaining, as well as whether or not a self-test is required. It is operated and adjusted with a single push button. This detector is used to indicate potentially harmful levels of carbon monoxide gas naturally occurring in the environment; in a variety of occupational settings such as petroleum refineries, tanneries, sewage treatment facilities, and paper mills; and in other personal safety, educational, and ambient monitoring applications. This detector is factory-set to alert a low-alarm condition when the level of carbon monoxide reaches 35 parts per million (ppm), and a high-alarm condition when carbon monoxide reaches 200 ppm. In low-alarm conditions, the audible alarm beeps once, the visual alarm flashes, and the unit vibrates once per second. In high-alarm conditions, the audible alarm beeps twice, the visual alarm flashes two times, and the unit vibrates twice per second. The three bright, wide-angle visual alarm bars and the built-in vibration alarm help alert the user to potentially dangerous levels of carbon monoxide in high-noise conditions. The alarm deactivates when the gas level returns to an acceptable range. Once the gas exposure alarm initiates, the detector records the maximum gas exposure and the time since reaching that maximum gas exposure for up to 24 hours. The detector logs and retains data of the 10 most recent gas exposure events, which it can transmit via built-in infrared sensor to a thermal printer (sold separately), or via an infrared Datalink USB adapter to a personal computer (both sold separately). To ensure performance, the detector tests its built-in lithium battery automatically every two hours, and the LCD prompts the user daily to initiate a full-function self-test. The self-test verifies the integrity of the battery, sensor, and circuitry. The detector also features an automatic shutdown mode for additional safety, which activates after five consecutive battery test failures, three consecutive self-test failures, or when the detector has reached the end of its two-year life.This detector comes with a back-mounted alligator clip to allow the unit to be worn on a belt, waistband, or lapel, and a concussion-resistant boot to help protect it against damage. It is water resistant, and is compatible with the BW Technologies MicroDock II automatic test system (sold separately). It has a European Conformity (CE) and ATEX certification in accordance with Directive 94/9/EC concerning equipment or protective systems intended for use in potentially explosive atmospheres, and it meets Underwriters Laboratory (UL) 913 for an Intrinsically Safe Apparatus and Associated Apparatus for Use in Class I, II, and III, Division I, Hazardous (Classified) Locations. SpecificationsGas TypeCarbon monoxide (CO)Measuring Range0 to 300 ppmTemperature Range-22 to +122 degree F/-30 to +50 degree C Humidity Range5% to 95% RH (noncondensing)Audible Alarm Sound Level95 dB Dimensions3.2 x 2.0 x 1.1 inches/2.8 x 5.0 x 8.1 cm (H x W x D)*Weight2.7 oz./76 g Unit Life2 yearsBattery Type Lithium, non-replaceable*H is height, the vertical distance from the lowest to highest point; W is width, the horizontal distance from left to right; D is depth, the horizontal distance from front to back. A gas detector is a safety device that detects and monitors various toxic, combustible, and flammable gasses in an area, and which can also register a decrease in ambient oxygen. Gas detectors can be portable or stationary, and are typically classified by their detection methods, which include catalytic, electro-chemical, point infrared, open-path infrared, semiconductor, thermal path conductor, and paper tape detection. Gas detectors are first calibrated to known gasses that serve as a reference points. Their sensors can then be used to measure ambient gas concentrations in comparison to the calibration gasses. When gas concentrations exceed a pre-set limit, an alarm or signal is triggered, alerting the user to potential danger. Pre-set limits often include a low-alarm level, indicating a gas concentration that poses a moderate danger; a high-alarm level, indicating a gas concentration that poses a large danger; a short-term exposure limit (STEL), the maximum gas concentration to which workers can be exposed continuously for a short period of time without serious risk of harm, and time-weighted average (TWA) limit, the maximum average exposure personnel can experience over the course of an eight-hour work shift without serious risk of harm. Most gas detectors also feature LCD screens that provide a variety of information including gasses detected and their concentrations, pre-set exposure limits, and battery level. Gas detectors have a variety of industrial and governmental applications, such as in fire and rescue, mining, construction, petroleum refineries, tanneries, sewage treatment facilities, and paper mills. Portable gas detectors are typically used to monitor the air around personnel, are worn on clothing or on belts or harnesses, and are powered with rechargeable or disposable batteries. They generally require periodic calibration, testing, and battery recharging or replacement, although some fixed-life detectors are designed to perform for a number of years without calibration or battery replacement before being discarded. Stationary gas detectors are typically powered electrically and mounted near the process area of a plant or control room. They also require periodic service, testing, and calibration. BW Technologies by Honeywell manufactures and distributes portable and fixed gas monitoring equipment for use in a wide range of industries. The company, founded in 1987, is based in Canada in Calgary, Alberta. 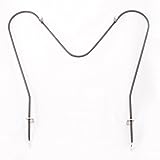 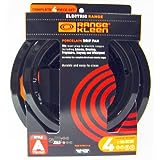 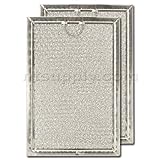 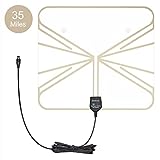 Note Before place order,you should know: 1. There is a misinterpretation that is the more bigger range reception will get more channels,in fact,it's not correct.    if the distance from your home to boardcast is less than 35 miles,please buy 35 miles antenna,it's more cheaper   if the distance from your home to boardcast is more than 35 miles and less than 50 miles,please buy 50 miles antennaAlemon Translucent 35 Miles Range Indoor Digital HDTV antenna Product Features: 1.New generation flat design indoor TV antenna with only 0.02 inch thickness. 2.Comes with a sticker at the base for convenient multi-positioning such as windows, tables, walls, etc. 3.Attached high quality coaxial cable to make it easy to position the antenna and find the optimal TV signal reception. 4.Specially Compatible with HDTV of various digital terrestrial (DVB-T.ISDB- T,DMB-T/H, ATSC) and DAB/FM radios. Note: For the best reception, please check the following conditions 1 .Keep the antenna away from the sources of interference,keep the antenna away from those big power consumption devices, such as air conditioner, elevator, hair dryer and microwave oven... etc. 2.Place the antenna near windows for best results. 3.If there are interference between antenna and transmission tower, it may cause some slight signal loss. Install the antenna as high as possible.